Top technology trends for the critical communications industry: what does 2020 hold? As we kick start another year and new decade, technology is advancing and accelerating at a phenomenal growth. This technology growth and change is likely to continue for the next decade and beyond. In this blog we take a look at what new technology trends will steal the limelight in the critical communications industry.

As 5G networks roll out gradually in the new decade but with a potential slow down due to a new set of 5G security threats, it could be that the defining usage of 5G in 2020 and beyond is for the enterprise market. Exciting developments such as the 5G ambulance will transform the health care we receive from doctors even inside an ambulance vehicle. Doctors in real time can watch the patient using a high resolution camera and the ambulance has the ability to send live measurements of clinical data such as patient’s heart rates. With use of VR headsets, live video feeds and even for the ability of doctors controlling a paramedic’s hand using a joystick remotely, doctors are able to asses if the patient needs to attend the hospital. These are ground breaking technologies that can revolutionise the healthcare market.

In the mission critical communications space, the development of LTE based Emergency Services Network (ESN) is continuing and although has had delays, in the next few years it will be a reality where mission critical voice and data are served across LTE networks. However cellular services should not be seen as the silver bullet for critical communication networks, single faults and incidents have a dramatic impact on the reliability of latest cellular networks, as demonstrated with the Three network crash that affected millions of customers.

At Simoco Wireless Solutions, we offer an array of different communication networks and we specialise in unifying disparate technologies into singular unified communications networks which brings the best of both worlds.

Artificial Intelligence (AI) isn’t a new concept and was initiated back in 1956 for a research project and undoubtedly been the technology story of the 2010s and we predict this trend will continue into the new decade. As the demand for artificial intelligence increases to boost productivity and refine business processes, moving into 2020 will see the rush of acceleration in deploying AI, in fact Gartner expects the average number of AI projects to increase from 4 to 10. What we will continue to see is algorithms becoming efficient and smarter on low powered devices, this paradigm is set to continue in 2020 and beyond, making AI powered insights a reality outside of the times and places where fibre optic and mobile networks are available.

Autonomous things are the physical devices that use AI to automate functions previously performed by humans. The most recognisable current forms of autonomous things are drones, robots, autonomous vehicles and appliances. The technology operates on a spectrum of intelligence ranging from semi-autonomous to fully autonomous and across a variety of environments including air, sea and land.

Although currently autonomous things mainly exist in controlled environments, such as warehouses, they will evolve to include open public spaces. Autonomous things will also move from standalone to collaborative swarms such as the drone swarms used during the Winter Olympic Games in 2018.

From a mission critical communications perspective, we predict autonomous things to be utilised in conjunction with other technologies such as 5G and AI. We predict drones will be autonomous enough thereby taking out the requirement for a pilot. An example of this could be where drones embark on a search pattern, or instruct them to a particular point on a map so they become first responders on the scene of an emergency incident.

Where technology can automate previously cumbersome or error-prone processes, it generally has a significant impact on the cost and resource efficiency of organisations. More and more critical communication networks are now incorporating automation, anything from intelligently managing the bandwidth and performance of software applications, to identifying and isolating hardware faults for more effective maintenance. Anywhere that ‘smart’ prefix appears in a critical communications context; such as smart grids or smart motorways, automation has a crucial role to play, and with efficiency a vital byword for all managers, we expect this to intensify over the next decade.

An exciting New Year and decade

This year will be hugely dynamic for the critical communications industry, with lots of rapidly evolving technology to get excited about and plenty of potential for intelligent applications and automation to drive tangible innovation. 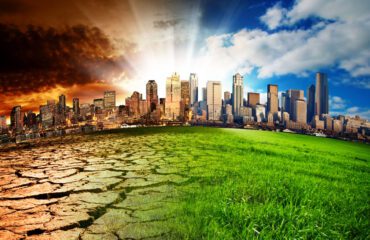 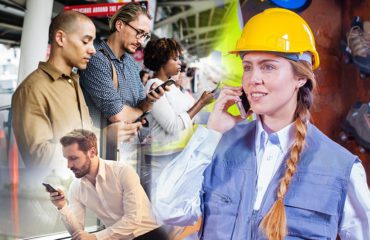